Tim O’Brien in The Things They Carried, p.171

“Let me not just tell you all of this but rather allow you to see it for yourself.”

I am happy to inform you that I have finally found an appropriate and comprehensive mode of presentation, a Good Form so to speak, in which to present the activation of your legacy. Before I introduce you to it, there are two nagging questions that kept popping up as I developed this form. What did Good Form mean to you? And by extension which Truth did you present to your Dutch audiences?

As I see it, Tim O’Brien’s use of the words “Good Form” and “Truth” in his novel ‘The Things They Carried’ (1990) are important. O’Brien (1946) is an American novelist and army veteran who, in this book, writes about some of his experiences as a soldier in the Vietnam War. There are fewer narratives in the book than there are chapters. That is, the same narrative is told several times through different perspectives that overlap and to some extent contradict each other. In the shortest chapter of the book, O’Brien suggests, and I paraphrase him here, ‘that Good Form is about making things present. About looking at things one never looked at. About being able to be brave and about being able to feel, or feel again,’ rather than about being true to what was experienced. He speaks in this regard about two types of truth, Happening Truth and Story Truth. The former being what was experienced by those who took part in an event, the latter what is presented to- and experienced by those encountering a narrative.

I assume you would agree with Timothy O’Brien that these truths exist and are important to distinguish. In your case, for instance, there is a truth in which you spent barely more than three weeks in Sierra Leone and another one in which you were stuck in a rainy camp for two months before embarking on the challenging climb up Mount Kunon.

The first truth is the one I deducted from your notebook and the letters written to your parents. The second truth is the one told by you in the first chapter of your book ‘Campfires Along the Equator’.

This book is still widely available in second hand book stores in the Netherlands, as I’m sure you can imagine due to the sheer number of editions produced. It cements the Story Truth of ‘an African life’, posited throughout the 1930s in your radio lectures. With increasing amazement I have noted how you maintained this claim over the six decades of your life that followed the initial publication of the book in 1940, including almost forty years in which you no longer set foot on the African continent.

While working with historical photographs in Uganda between 2008 and 2012 I developed an understanding of the limitations of my western-informed reading of pictures.[1] This resulted in the platform History in Progress Uganda and eventually in the PhD dissertation Ebifananyi, a study of photographs in Uganda in and through an artistic practice Where I, for instance, only saw colonial propaganda, it was pointed out to me that the meaning and value of such photographs was not limited to the intention with which they were made. These pictures also included clues about life in Uganda beyond the interest of the colonial context. These clues could only be made meaningful by Ugandan elders. They should be facilitated to share their observations with a younger generation in order to help them make sense of their – our – present. Building on such experiences, I consider your photographs to be capable of initiating wider conversations that could in turn provide alternatives for your framing of the African past and thus contribute to a multi-directional mode of remembrance.

This brings me back to the Good Form I developed, as it aims to contribute to a remembrance that does not take your positioning of the past, presented in the photographs you produced, at face value. This Good Form aims to be critical and inclusive. Critical of the colonial conditions in which you operated; of the privileges; the more and less overt racism present in your language and tangible in a substantial part of the photographs you produced. Inclusive in terms of audience, where your audience was exclusively European, the one I aim to reach out to includes people on and from the African continent. In fact, in the context of the Good Form that I developed, I do not think of them as members of an audience but as visitors to a virtual space. A virtual space constructed through an open ended stream of encounters from which I hope they all benefit. The idea is that the space itself is open to, and will develop further through, responses by visitors.

With this Good Form, I intervene in the state in which the pictures you produced used to be available, illustrating your texts in books and printed media and appearing alongside your stories in television shows. The interventions manifest in simple animations that I think of as Breathing Photographs in which pictures that have a significant formal overlap blend into one another in a tempo that is close to the lower average respiration rate of human breathing.

In the Breathing Photographs, the scenes that were photographed by you are present but never fixed. The singularity of the individual photographic frame is literally expanded in space and through time. As such, the Breathing Photographs resist the normality that existed with your publications in which it was a matter of course that ‘we’ in Europe could look at ‘them’ in Africa.

Making these Breathing Photographs expands my understanding of the events, as well as the intensity with which you photographed. An example of this is the Breathing Photograph that consists of twenty four exposures made on August 8th or 9th 1934 in Dambarra. You may recall Paramount Chief Moriba Kargobai organising performances of masks, dancers and musicians for you. Combining the twenty four individual frames also reconstructs a panoramic view of the village.

I am no longer limited to the materiality of photographs for their presence. Instead I can source photographs, reproduce them, share them individually and make them publicly available through a digital, electronic network. Through this network the Breathing Photographs appear on demand on screens owned, perhaps not by everyone, but by many, including Moriba Kargobai’s son Desmond Kargobai, who is the current Paramount Chief of Selenga Chiefdom, including Dambarra village.

This same network makes it possible for me to bring pictures together from different origins, produced by your predecessors, contemporaries or me. They still overlap formally as well as in content with photographs from your legacy. The resultant Breathing Photographs provide insights into historical conventions and make it possible to compare your past to our present.

The Breathing Photographs allow me and visitors of the virtual space to reconstruct, to speculate and to develop open ended dialogical yet critical formations of imagination. They are both a research method and a provisional outcome of my research. They allow me to centralise the photographic encounter and its visual output or origin while investigating your legacy and to decentralise spoken and written text. This contrasts quite sharply with the data you collected and the facts, figures and ethnographic observations in which you presented your research.

In the letters I wrote with you as an addressee over the past two years you have a central position. These letters were a Good Form in the sense that they forced me to be inclusive of you and the conventions that informed your actions. They generated, you could say, a Happening Truth. Thanks to this form I could not simply distance myself from your position that I, as elaborated on in previous letters, found and find so deeply troubling. Now that I have this Good Form at my disposal I can say goodbye to you and fully focus on what I can learn from working with the photographs you so skillfully produced. For which, myself and seemingly many of the people who have contributed to the activation of your legacy with me, remain grateful, 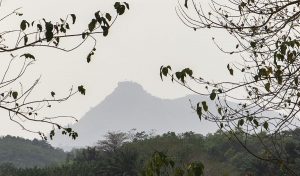